Papilio Buddha a Review by Veeyan

Jayan K Cherian’s ‘Papilio Buddha’ is a film that is simply not afraid of taking a definite stance, and as such digs deep into wounds that are quite raw. A thoughtful, investigative and poignant film, it lays bare an intricate, multilayered catastrophe that literally explodes with questions that we often hastily turn our faces away from.

On seeing a faded portrait of Comrade EMS along with a childhood photograph of Shankaran (Sreekumar) on the wall, the lepidopterist along with him (David Briggs) cannot hide his curiosity and inquires as to who “the guy with the baby” is! When asked by Shankaran as to why he hasn’t chosen to take the portrait down, despite having severed ties with the Communist movement long back, Kariyan sighs and remarks that Gods have a tendency not to disembark from the lofty positions that they are once hailed to.

We are alarmed to see that Shankaran is yet to come to terms with his Dalit blood, despite having been educated at the JNU, and regardless of his incessant interactions with a movement that has been raising its voices against oppression of the marginalized. He is appalled at his invisibility even in broad daylight, and when his efforts to merge in seamlessly with the rest of the world meet a dead end, he walks back into the arms of a dear companion, dejected and absolutely crestfallen. Drenched in the rain that batters over the forests, Shankaran seeks the light of a glow worm to steer himself back home.

The subtle tones of sexuality that are employed in the film should not be seen as an open confrontation on the rigid morals that the Kerala society vigorously adheres to. On the contrary, the bisexuality of its protagonist is a mere expression of a refusal to pigeonhole human sexual behavior into heterosexual and homosexual. As such the film does make inroads into a cultural milieu, where deviations from sexual norms have almost always been depicted as jarring stereotypes.

The downright realistic tenor that the film maintains right from the start, almost lends it a documentarian feel. Especially noteworthy are the dialogues that are uttered, rephrased and re-uttered, unapologetically. The essential confusion that reigns supreme while arriving at a general consensus is retained to the core in all the scenes that portray the meetings and gatherings of the Meppara residents.

Manjusree (Saritha) is one of the strongest voices in ‘Papilio Buddha’, and as a woman who has learned to live life on her own terms, fending for herself, she has to deal with multiple crises when it comes to keeping her individuality intact. That she is a Dalit woman who has chosen a profession that has irked the predominantly male population around her does not help much either. Added to it, the gender politics that she has to deal with day after day, assumes countless forms, as she is leered and jeered at, verbally abused and mentally harassed. When she is complemented on the shape of her breasts, her outburst is immediate, as she gives vent to the frustrations and pain that she has been hiding behind them for long.

In one of the most shocking scenes in the film, she is hunted down for having refused to take it lying down, and is gang raped repeatedly by a bunch of men who try in vain to snatch away the very last bit of dignity that she has been ferociously clutching to. They leave her for dead, and burn her auto rickshaw, and the Buddha goes up in flames yet again. Back home after the ordeal, she stitches back the bits and pieces of her dismembered life and body, tonsures her head and starts anew.

The question as to why a tormented clan chooses to embrace Buddhism should no longer perplex us. The Gandhian ideals seem to have worked little wonders for them, and their agitation is one that is aggressive; one which brings down the much revered idols in the country to the dust.

Smoldering performances from Sreekumar and Saritha add further darkness to the shadow of despair that hovers of the characters that they play. M. J Radhakrishnan’s stunning cinematography and crisp editing by Sujoy Joseph lend true life to the epic land struggle that is portrayed.

‘Papilio Buddha’ is relentlessly gripping and is a striking indictment of a social meltdown among the oppressed Dalit’s on the Indian subcontinent. The solutions still remain well beyond reach at the end of it all, but the assertive message sticks right where it belongs. 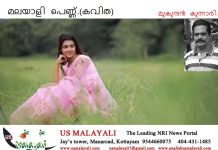 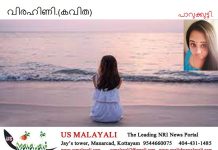 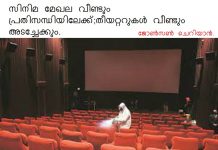