Opening batsman Aaron Finch knew time was running out on ever wearing the baggy green cap handed out to Australia’s test cricketers, but also thought next month’s series against Pakistan might be his best chance yet to earn one.

Finch was one of five uncapped test players named last week in Justin Langer’s raw side for the two tests in the United Arab Emirates, with the first match starting on October 7.

The 31-year-old made his international debut for Australia in a Twenty20 match in 2011 before playing his first one dayer in 2013, but had never been selected for a test tour.

Former captain Steve Smith and vice captain David Warner and Cameron Bancroft were suspended earlier this year for their roles in a ball-tampering scandal and Finch told reporters on Monday he realised that had potentially opened the door for him.

“I thought it wasn’t ‘now or never’ but thought that if it didn’t happen now then it was less likely (to happen) down the track,” Finch told reporters in Brisbane on Monday. “It was a nice call to get.”

An aggressive opening batsman in limited overs cricket, Finch said he was unsure what role he would be asked to play in the UAE, if selected.

With Warner and Bancroft the preferred openers before their bans, he could potentially join Matt Renshaw at the top of the order or occupy a spot further down.

Finch said either way he was still going to try and adopt the free flowing approach that had allowed him to accumulate more than 3300 runs with 11 centuries in one-dayers and almost 1600 Twenty20 international runs at an average of 45.60.

“Being aggressive has made me reasonably successful in the two shorter formats,” said Finch. “I suppose it depends on where they see me in the order if there is a spot in the (team).

“(But) I think it’s about sticking to your natural game and to your strengths. And when you do that, you give yourself a high chance of success.”

Finch added he had recognised the tour could be a similar opportunity that former Australian batsman Mike Hussey had in 2005.

“Hopefully if I get an opportunity I can take it,” Finch said. “This is my first test tour but I have been around for quite a while and I know the demands of international cricket.

“It’s tough. It’s a game where if you let your guard down for a second, someone will take your spot.

“(But) you grow up in the backyard dreaming of playing test cricket and getting a baggy green and it’s closer than it has (ever) been before.” 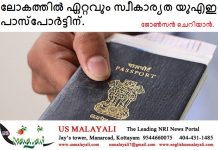 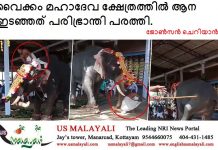