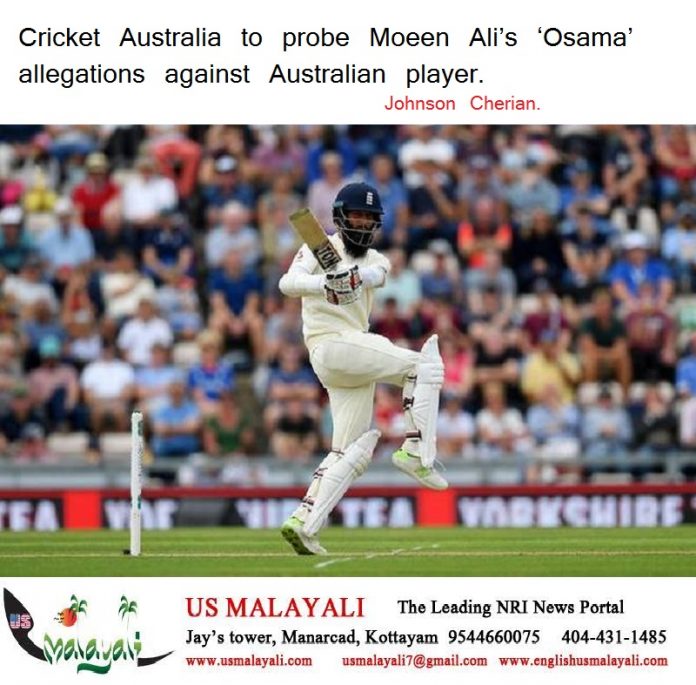 Cricket Australia has decided to launch a probe into England all-rounder Moeen Ali’s allegations that he was racially abused by an Australian player during the 2015 Ashes.

Moeen, who is of Islamic faith, made the claim in his soon-to-be released autobiography.

The alleged abuse occurred during the first Test of the series in Cardiff, in which the Englishman made a fine Ashes debut, scoring 77 and taking five wickets in a comfortable win for the hosts.

“It was a great first Ashes Test in terms of my personal performance,” Moeen wrote.

“However there was one incident which had distracted me. An Australian player had turned to me on the field and said, ‘Take that, Osama’

“I could not believe what I had heard. I remember going really red. I have never been so angry on a cricket field.

“I told a couple of the guys what the player had said to me and I think (England coach) Trevor Bayliss must have raised it with Darren Lehmann, the Australians’ coach.”

According to Moeen, another raising of the incident at the conclusion of the series was again met with a denial by the player in question, who added that some of his best friends were Muslim.

“Lehmann asked the player, ‘Did you call Moeen Osama?’ He denied it, saying, ‘No, I said, ‘Take that, you part-timer’

“I must say I was amused when I heard that, obviously I had to take the player’s word for it, though for the rest of the match I was angry.”

In reaction to the allegation, a Cricket Australia spokesperson said: “Remarks of this nature are unacceptable and have no place in our sport, or in society.

“We have a clear set of values and behaviours that comes with representing our country.

“We take this matter very seriously, and are following up with the ECB (England and Wales Cricket Board) as a matter of urgency to seek further clarification around the alleged incident.”

‘Friends are Muslims’
Moeen also said that after the series, which England won and during which the Australia team “refused to talk to or even acknowledge us”, he talked to the player concerned.

“He came up to me and said, ‘I know what you thought I said, but I didn’t say that. I’ve got Muslim friends and some of my best friends are Muslims’.

“I did not argue with him. But I was so clear that is what he said. Why should I invent it out of the blue? I’ve got nothing against him. I have never had any fights with him before. I did not even know the guy. And I thought his denial was a standard response.”

In an interview with The Times published on Friday, Moeen criticised Australia for the “disrespect” they showed towards their opponents, saying they were the only team he’d “actually disliked”.

Former Australia fast bowler Jason Gillespie, now the coach of English county Sussex, told BBC radio on Saturday: “I haven’t read Moeen’s book, so it would be remiss of me to comment on that, however they’re pretty disappointing allegations I suppose, and I think Cricket Australia are doing their due diligence by coming out and saying they will investigate these things further.

“But certainly if those things are true they are incredibly disappointing and I’d like to think that as a society, as a sport, we’ve moved on from that sort of carry on.”

Moeen is due to captain Worcestershire in the finals day of English cricket’s Twenty20 Blast at Edgbaston in his home city of Birmingham on Saturday.

Australia cricket is in the midst of a review of team culture after former captain Steve Smith, his deputy David Warner and batsman Cameron Bancroft were all given lengthy bans by Cricket Australia for their roles in a ball-tampering scandal in South Africa in March.

“I’m someone who generally feels sorry for people when things go wrong but it’s difficult to feel sorry for them,” Moeen said. 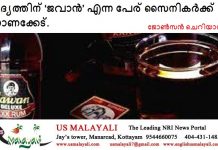 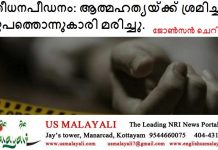 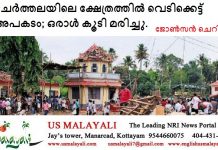